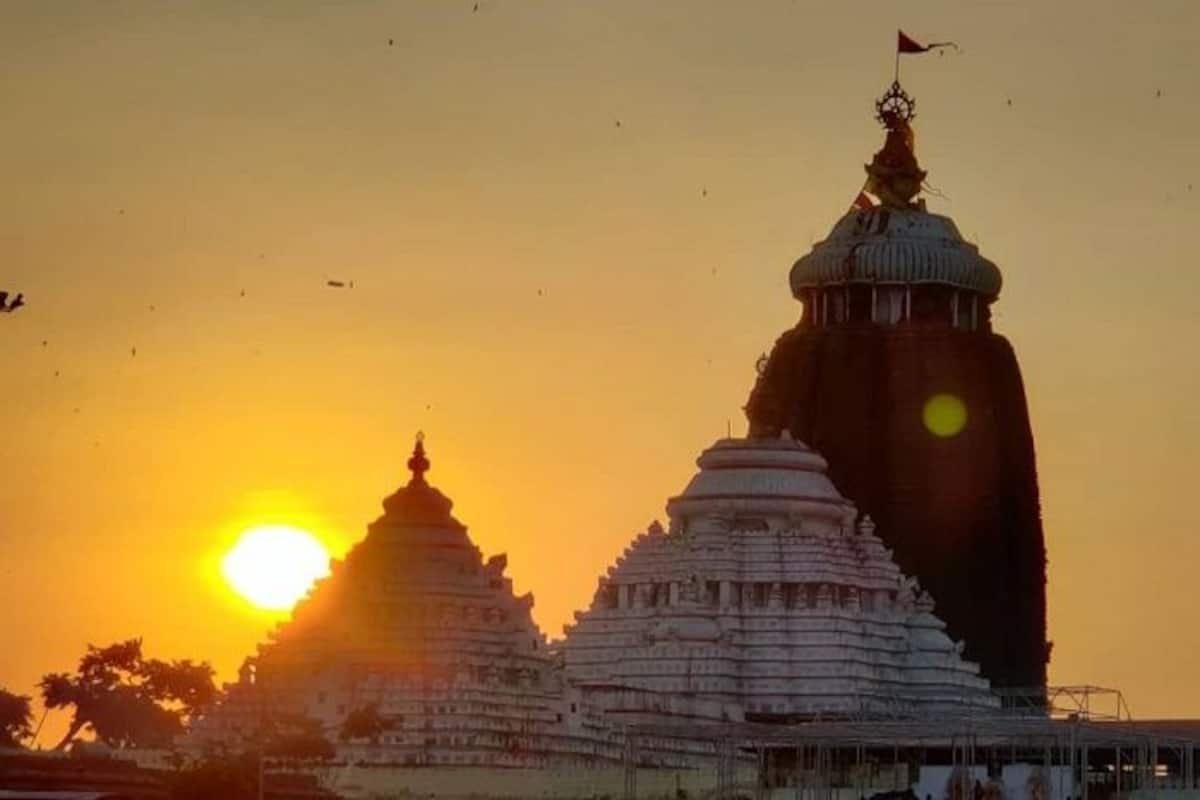 Abode of Lord of the universe – History of Jagannath Puri

King Indradyumna was a great devotee of Lord Vishnu and was eager to meet him face to face. Once a brahmana came to the palace of the King Indrayumna and told him about an incarnation of Lord Vishnu named Nila Madhava. The king then sent different brahmanas out to search for Lord Nila Madhava. They all returned unsuccessful except a priest named Vidyapati. After traveling for a while Vidyapati came to an area inhabited by non-Aryans called sabaras. He stayed at the house of a local chief, called Visvavasu. When he arrived Visvavasu was not there, but his daughter Lalita was. Vidyapati stayed there for some time and eventually married Lalita, the daughter of the Sabara.

Vidyapati noticed some peculiar behaviour of his host. Visvavasu would go out every day around noon and would return back to the house scented with fragrances of sandalwood, camphor and musk. Vidyapati asked his wife about this and she informed him that his father would go daily to worship Nila Madhava. Lalita had been told by her father not to tell anyone about Nila Madhava, but she had overstepped that order by telling her husband. Vidyapati repeatedly requested to see Nila Madhava. Finally Visvavasu bound Vidyapati’s eyes and took him to see Nila Madhava. Vidyapati secretly carried some mustard seeds in his cloth and he dropped them onto the path as he was walking. When he reached Nila Madhava, the blind fold was removed and Vidyapati saw Nila Madhava. Visvavasu went out to collect some forest flowers to worship and Vidyapati stayed near the Deity. During this time a crow fell off the branch of a tree into a nearby lake and drowned. It immediately took a four armed Vaikuntha form and started back to the spiritual world. Vidyapati then climbed up onto the tree and was about to jump into the lake. A voice came from the sky and said “Since you have seen Nila Madhava, you should inform King Indradyumna.”

Visvavasu returned and started his daily worship of Nila Madhava. Suddenly the Lord spoke to him and said, “I have accepted for many days the simple forest flowers and roots offered to me by you. Now I desire the royal worship offered to me in devotion by King Indradyumna.” Visvavasu felt cheated by his son-in-law; therefore, he bound him up and kept in his house. After repeatedly being requested by his daughter he let him go.

The brahmana then went to King Indradyumna and told him about his discovery. By following the mustard seeds, which had grown into small plants, they were able to follow the path to Nila Madhava. When they reached the spot, they could not find him. King Indradyumna had the village besieged and arrested Visvavasu. Suddenly a voice came from the sky, “Release this sabara. On top of Nila hill you should construct a temple. There I will manifest as Daru-brahman (the Absolute Truth manifested in a wooden form). You will not see me as Nila Madhava.

Indradyumna then asked Lord Brahma to consecrate the temple and the surrounding area, which was called Sri Kshetra and gives the highest type of liberation. Lord Brahma told him that Sri Kshetra is manifested by the Supreme Lord’s internal potency and that the Supreme Lord manifests Himself. Therefore he could not install the Lord here, but Lord Jagannath and his abode are eternally situated in the material world. He said he would install the flag on the temple and that anyone who sees this flag and offers prostrated obeisance would easily be liberated.

After a while King Indradyumna became frustrated with not seeing Nila Madhava. He decided to lie on a bed of Kusa grass and to fast until death. Lord Jagannath came to him in a dream and told him I shall come floating from the sea in my wooden form as Daru-brahman at the place called Bakimuhan.

The King went to this place and saw a huge piece of wood which had the marks of a conch, club, disc and lotus on it. Many men and elephants tried to move Daru-brahman, but they could not move Him. That night Lord Jagannatha spoke to Indradyumna in a dream and told him to bring Visvavasu, who used to serve Nila Madhava and bring a golden chariot in front of Daru-brahman. The king did this and Daru-brahman easily was placed onto the chariot.

King Indradyumna had the best sculptors come to carve the Deity of Lord Jagannath from Daru-brahman. As soon as they started their chisels broke to pieces. The Supreme Lord Himself came in Disguise as an old artist who called Himself Ananta Maharana (According to the Narada Purana, Visvakarma, the architect of the demigods carved the Deities by the desire of Lord Vishnu, who took the form of an old brahmana). He said that if he was able to work behind closed doors for 21 days then the deities could be carved. The old sculptor then took Daru-brahman into the temple and the doors were closed. After 14 days passed, the king could not hear any sounds of the artist’s tools and he became fully anxious. The king then personally opened the door of the temple by force.

The King did not see the sculptor, but instead he saw the three forms of Lord Jagannath, Subhadra and Lord Balarama. Their fingers and toes were unfinished. Thinking himself a great offender the king decided to give up his life. He then lay on a bed of Kusa grass and began to fast. Lord Jagannath appeared to him in a dream. He told the king that He is eternally situated here in Nilachala in the form of Lord Jagannath as Daru-brahman. In the material world, I descended in 24 Deity incarnations along with my abode. I have no material hands and feet, but with my transcendental senses I accept all the items offered by My devotees. The fact that you broke your promise is part of the pastime for me to manifest in the form of Jagannath. Those devotees whose eyes are smeared with the salve of love will always see Me as Syamasundara, holding a flute.

The King prayed to Lord Jagannath that those in the family of the sculptor who manifested your form will continue to assist in constructing the three carts. He also told him that the descendants of Visvavasu, who served Me as Nila Madhava, should generations after generations serve Me. They shall be called as dayitas. The descendants of Vidyapati born from his brahmana wife should perform the Deity worship to me. The descendants born from his sabari wife, Lalita, should cook My food. They shall be known as suyaras.

King Indradyumna then requested Lord Jagannath, that the doors of the temple should be closed only 3 hours a day. The King also requested that he would not have any descendants, so that no one in the future would claim the temple of Lord Jagannath as their own property.

It is said in the Narada Purana (Uttara Khanda 52.123), that the Supreme Lord Narayana told Lakshmi Devi: “In that great abode known as Purushottama-kshetra, which is rarely achieved among all the three worlds, the Kesava Deity, who was fashioned by the Supreme Lord Himself is situated. If men simply see that Deity, they will be easily able to come to My abode.”

In Skanda-Purana (Utkala-khanda) it is mentioned that this most beautiful Sri Kshetra is spread over 10 yojanas (128km or 80 miles) and surrounded by sands. Utkala is another name of Orissa. Utkala is described in scriptures as the most holy place on this planet. Utkala is divided into four parts which represent the weapons of Lord Vishnu. These four kshetras are known as Sankha-kshetra (Puri town), Padma-kshetra (Konark), Cakra-kshetra (Bhubaneswar) and Gada-kshetra(Jajapura, where the Viraja Devi temple is). Within this area of 10 yojanas, Puri is known as Sankha-kshetra because its shape resembles a conch shell. This Puri-kshetra covers an area of 5 krosa, 3 of which are immersed under the ocean, and 2 on land. This land is covered with golden sands and deChorated with a blue mountain. The Lord Himself in His arca-vigraha form is residing here on the bank of the ocean atop the blue mountain. Sankha-kshetra spreads from east to west. Its head is towards west where Lokanatha Mahadeva resides.